Judges
Resources
Apply Now!
<   Back to all Post
From our Community 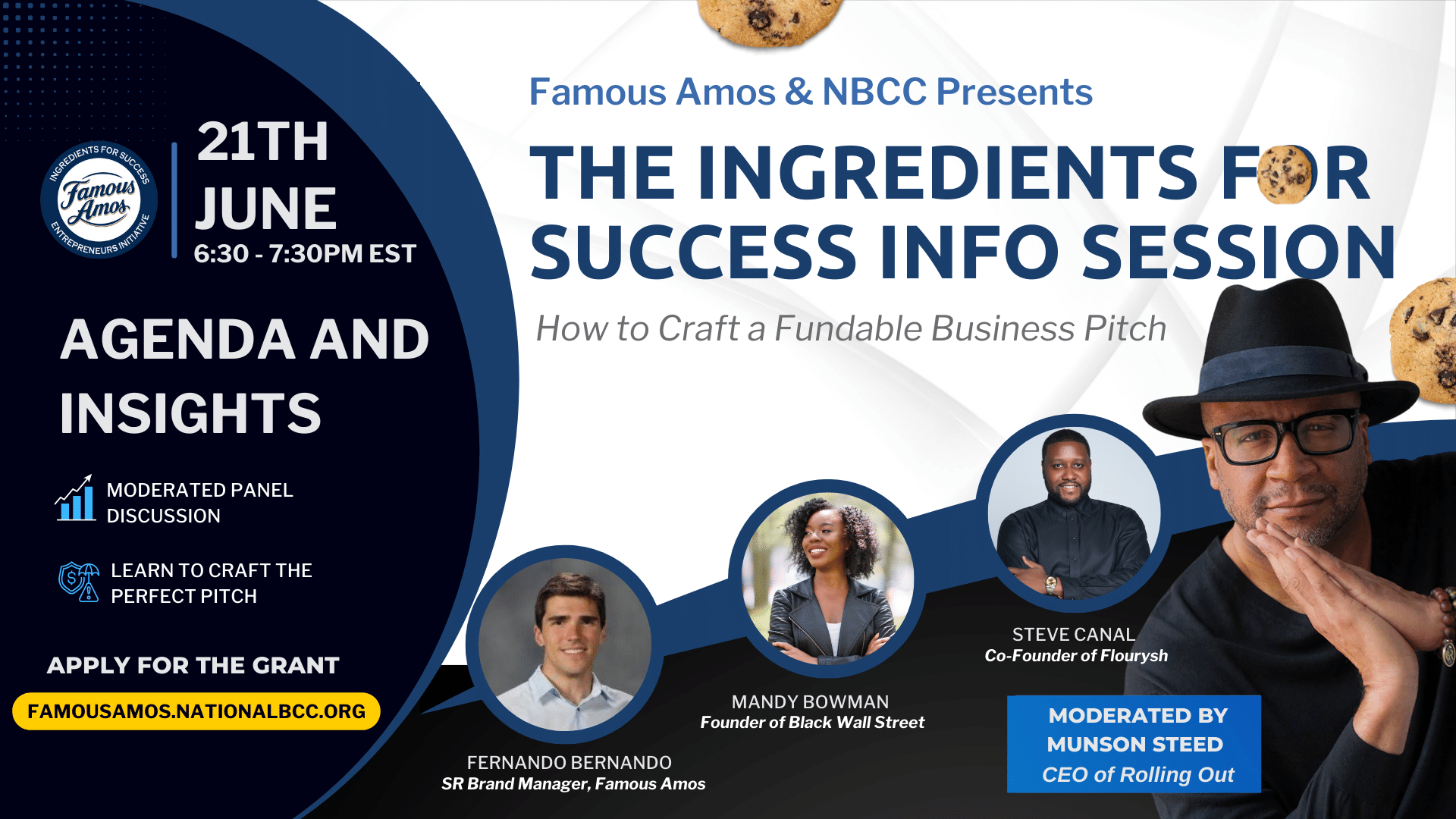 Education Is The Key with Charles Debow And Roby Mercharles

Famous Amos® and the National Black Chamber of Commerce (NBCC) hosted the second and final 'Ingredients for Success Info Session' ! The virtual event series has the goal of informing, engaging and supporting IFS program applicants. As requested, we used the time to discuss how business owners can craft and deliver a winning pitch!

Bio: Munson Steed is the CEO of Steed Media Group, Inc., a multimedia conglomerate that includes newspapers, magazines, television programming, Internet properties, custom publications, signature events and more. Over the course of more than ten years, Mr. Steed, a noted and much sought-after motivational speaker and thought producer, has not only moved the company's flagship publication, rolling out, into national prominence as the largest chain of African American-owned weekly papers in the nation, he has also soundly established a consummate urban lifestyle brand.

The rolling out brand denotes a lifestyle characterized by an unyielding passion for enhancing access for people of color in the media and advertising industries along with community conscious behavior. Steed's acute industry acumen is often credited with cutting edge applications for technology and best use practices. Well known for his melding of iconic relationships to benefit those impacted by a fluctuating economy, he regularly leverages his company's resources to generate greater dexterity in media relations.

Munson Steed earned a bachelor's degree in political science from the iconic Morehouse College, and is also the Director of the Madison Avenue Initiative (MAI), a program under the National Action Network that addresses fairness in advertising.

Bio: Mandy Bowman is the Founder and CEO of Official Black Wall Street. After studying Entrepreneurship and Global Business Management at Babson College, she set out to empower the Black community through economics and ownership. Since 2014 Mandy has been at the forefront of the #BuyBlack movement, making it easier for others to find and support Black-owned businesses through her digital platform and global Black business directory, Official Black Wall Street. In 2017 Mandy was invited to TEDx Dover, the first TED event held at an HBCU, to give a TED talk on ownership and long term wealth in the Black community. She was also chosen to present her business pitch to a panel of celebrity entrepreneur judges on BET's series 'Queen Boss.' The highly anticipated app version of Official Black Wall Street launched in October of 2017 and made headlines as the first app to alert users when they are near a Black business. During her professional career Mandy has worked at Atlantic Records, Complex Magazine, and Essence Magazine in social media and digital marketing. When she isn't working to fuel Black businesses, she is volunteering as a mentor to inner city students and creating social strategies for small businesses.

Bio: As co-founder of Flourysh, ONE Venture Group, Saint Miles and The Baptist Collection, Steve has built a reputation for his unparalleled ability to fuse cultural and artistic elements to create one-of-a-kind experiences that surpass all expectations. By also responsibly leveraging the latest marketing theories and nurturing innovative cultures that share his passion and energy, Steve has built one of the fastest-rising innovation engines in the game.

His debut book, The Mind of a Winner, rocketed to the top of Amazon’s best-seller list in motivational and personal transformation categories upon its release. The book is an intimate deep-dive into the strategies Steve has used and built upon in his own journey as a brand architect, and includes practical wisdom and experiences from the minds of dozens of industry leaders in the entertainment, sports, and real estate spaces.

Prior to launching his writing and consulting careers, Steve served at MillerCoors for over a decade in various marketing and outreach leadership positions. During his tenure at MillerCoors, Steve dramatically improved the company’s commercial impact at a global level, forging partnerships across the company’s brand portfolio resulting in millions in increased revenue and a vastly-improved, efficient marketing pipeline. In each of his roles at MillerCoors, Steve built on his ability to assess challenges, develop insights, and build a roadmap to a shared goal.

Steve holds a bachelor’s degree in business management from Fordham University. He is the recipient of numerous professional and cultural recognitions, including the 2018 National Urban League Young Professionals Heroes in Movement Award, the 2018 Abbott House Dignity of Family Life Award, and recipient of the Publicity Club Golden Trumpet Award in 2017 and 2018. When he’s not in the office, you can often find him at home with his beautiful wife Swin Cash-Canal and both sons Saint Cash-Canal and Syer Cash-Canal, preparing for his next podcast, or working on his prized sports card collection.

Get Corporate Customers
Thank you! 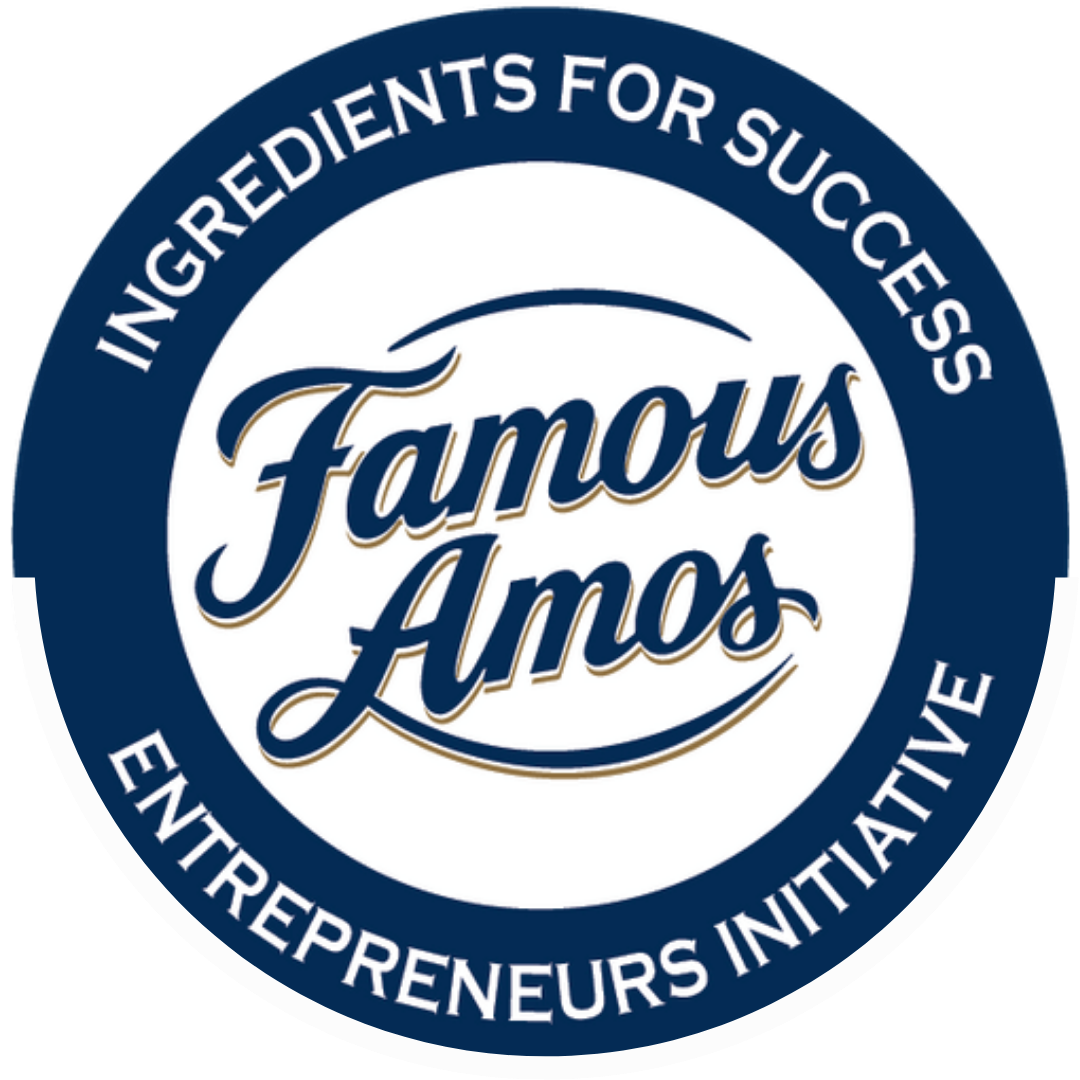 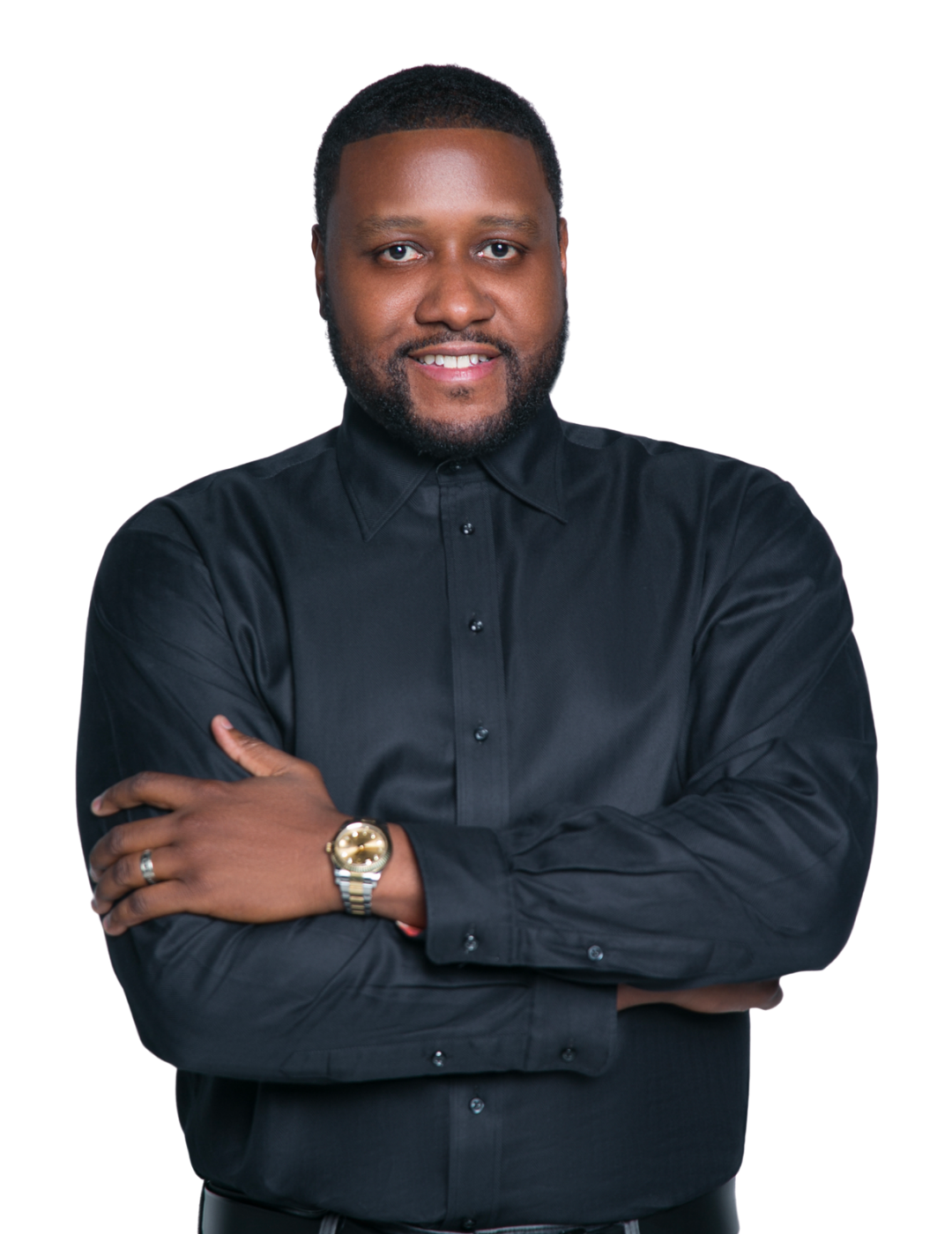 Discover the latest content that give you actionable Business Development Resources

Ingredients for Success would like to extend its support of the Black business community by launching a virtual resource hub. The goal is to create a central destination for applicants to engage with the program

Famous Amos® and the National Black Chamber of Commerce (NBCC) hosted the second and final 'Ingredients for Success Info Session' ! 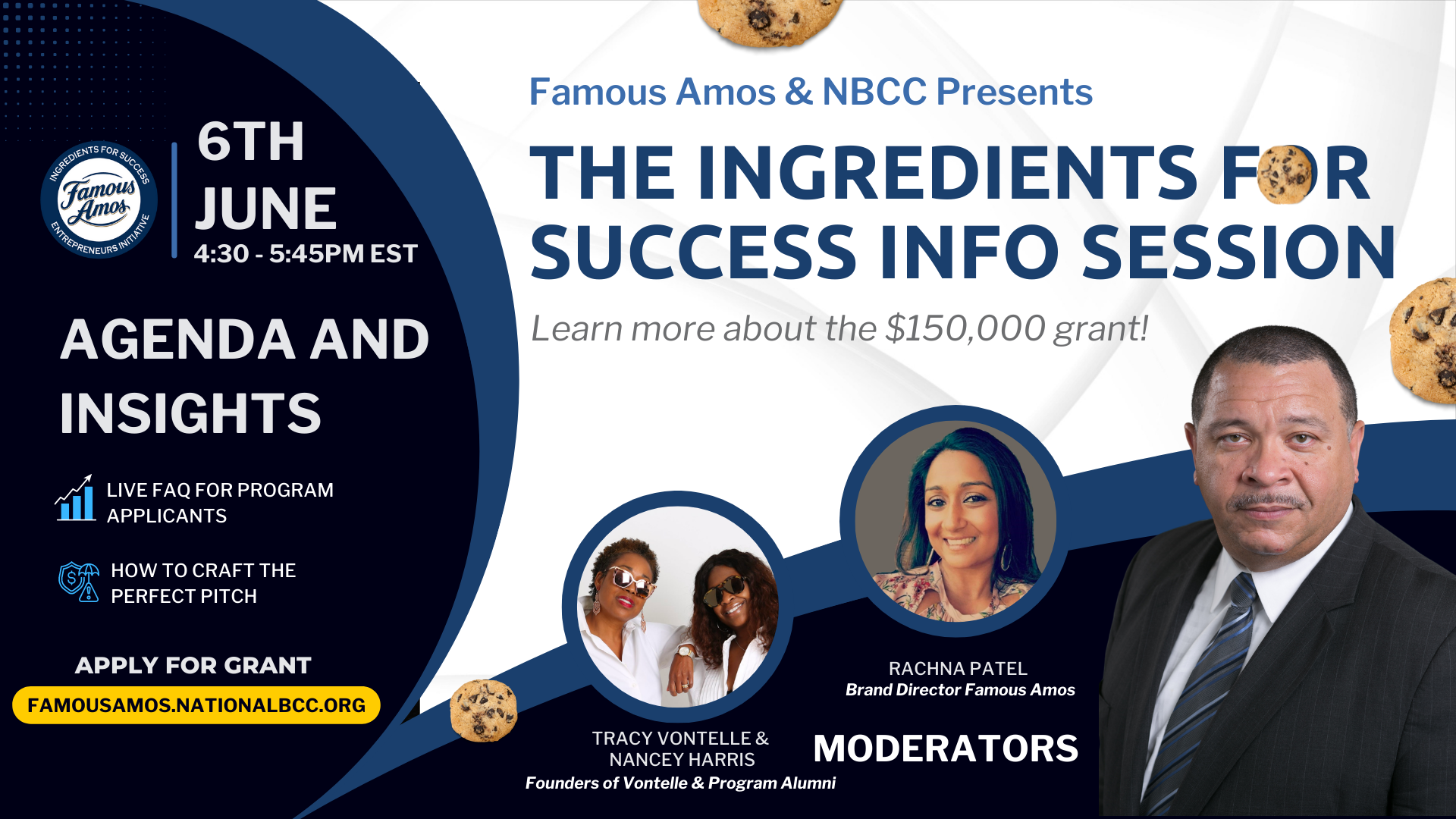 The Ingredients for Success Info Session 2022

Famous Amos® and the National Black Chamber of Commerce (NBCC) hosted the second and final 'Ingredients for Success Info Session' ! 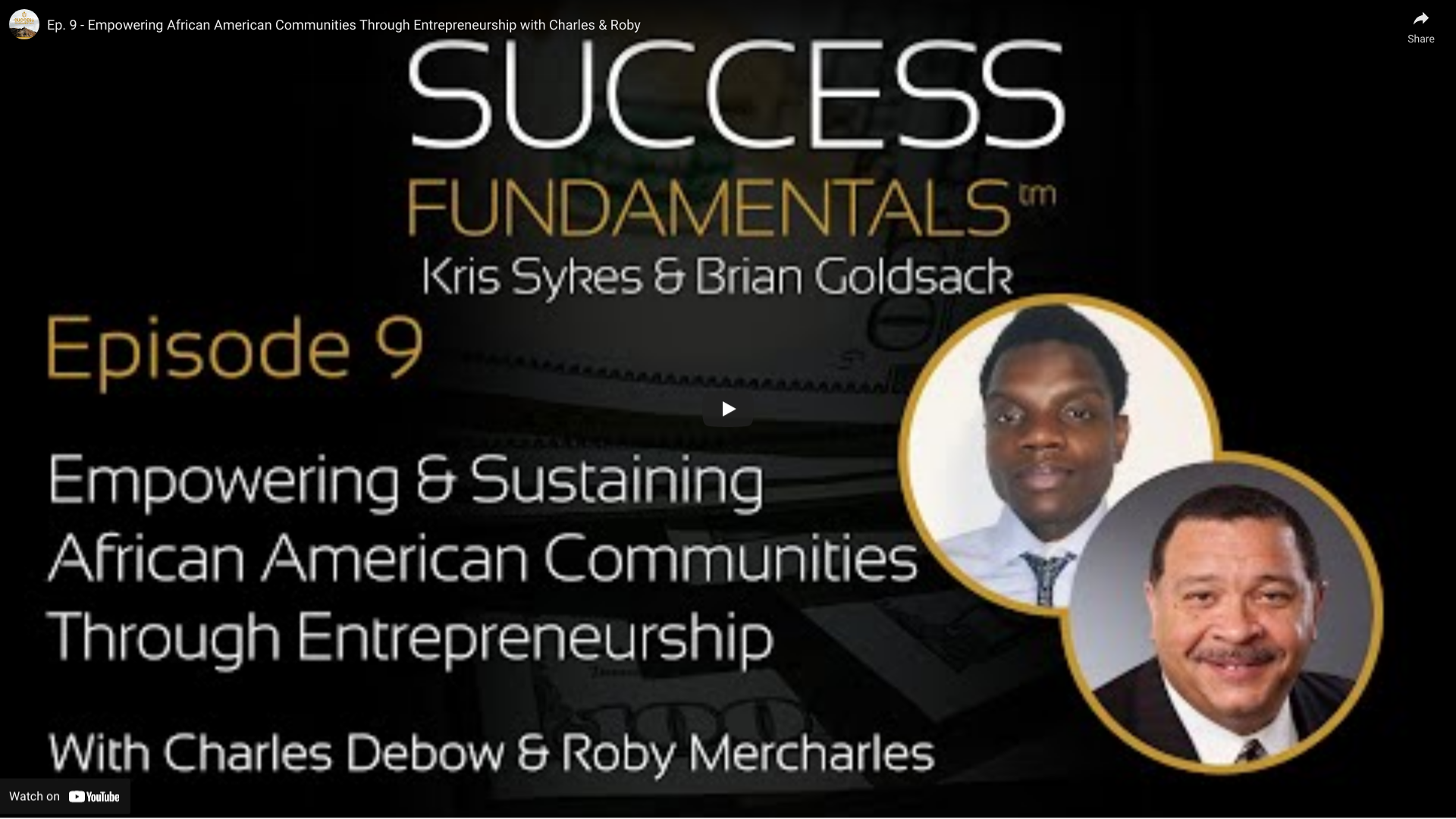 Education Is The Key with Charles Debow And Roby Mercharles

This episode of the Success Fundamentals Podcast features Charles Debow and Roby Mercharles. 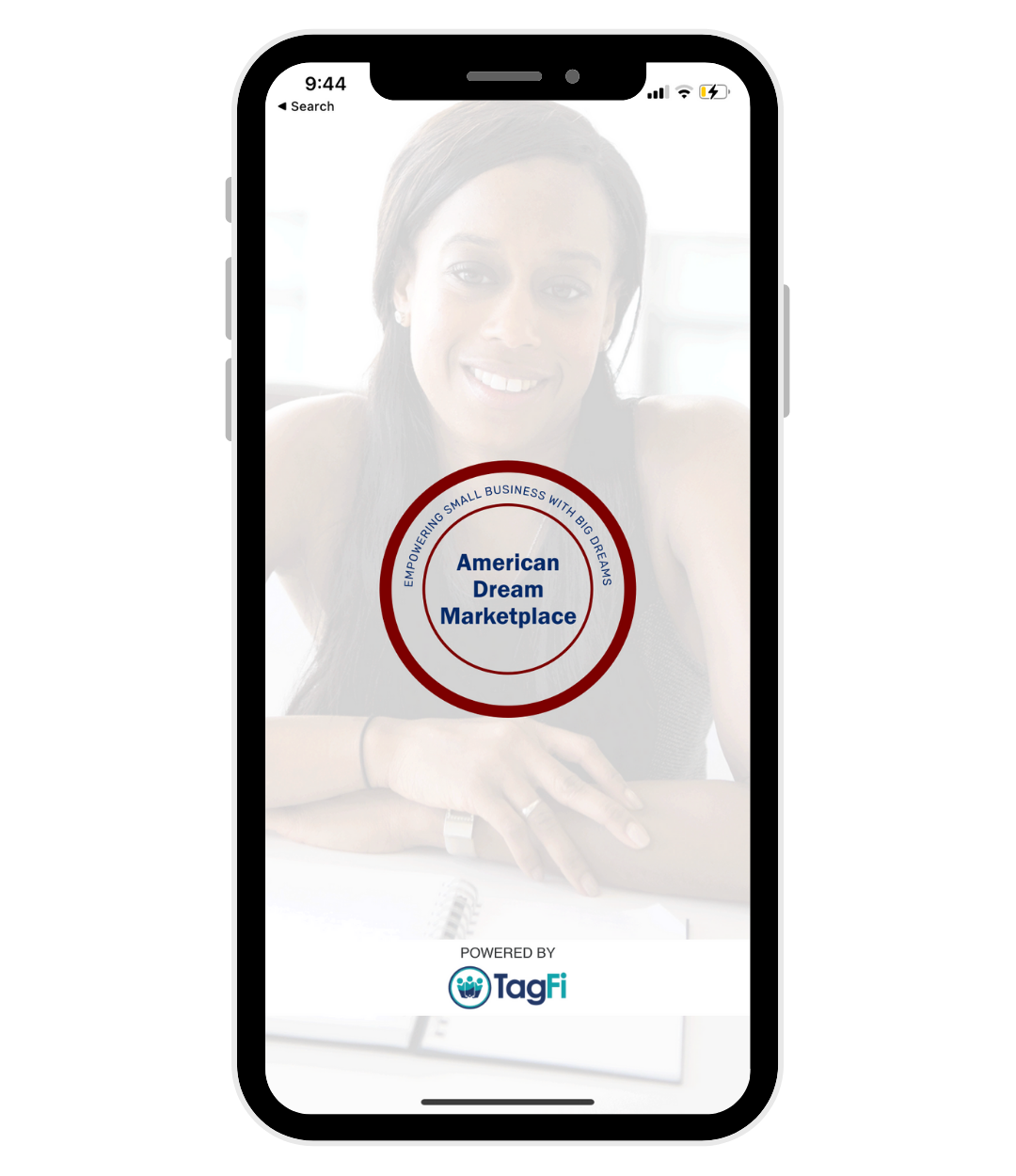 Use code 'Famous Amos' to get 50% off your membership 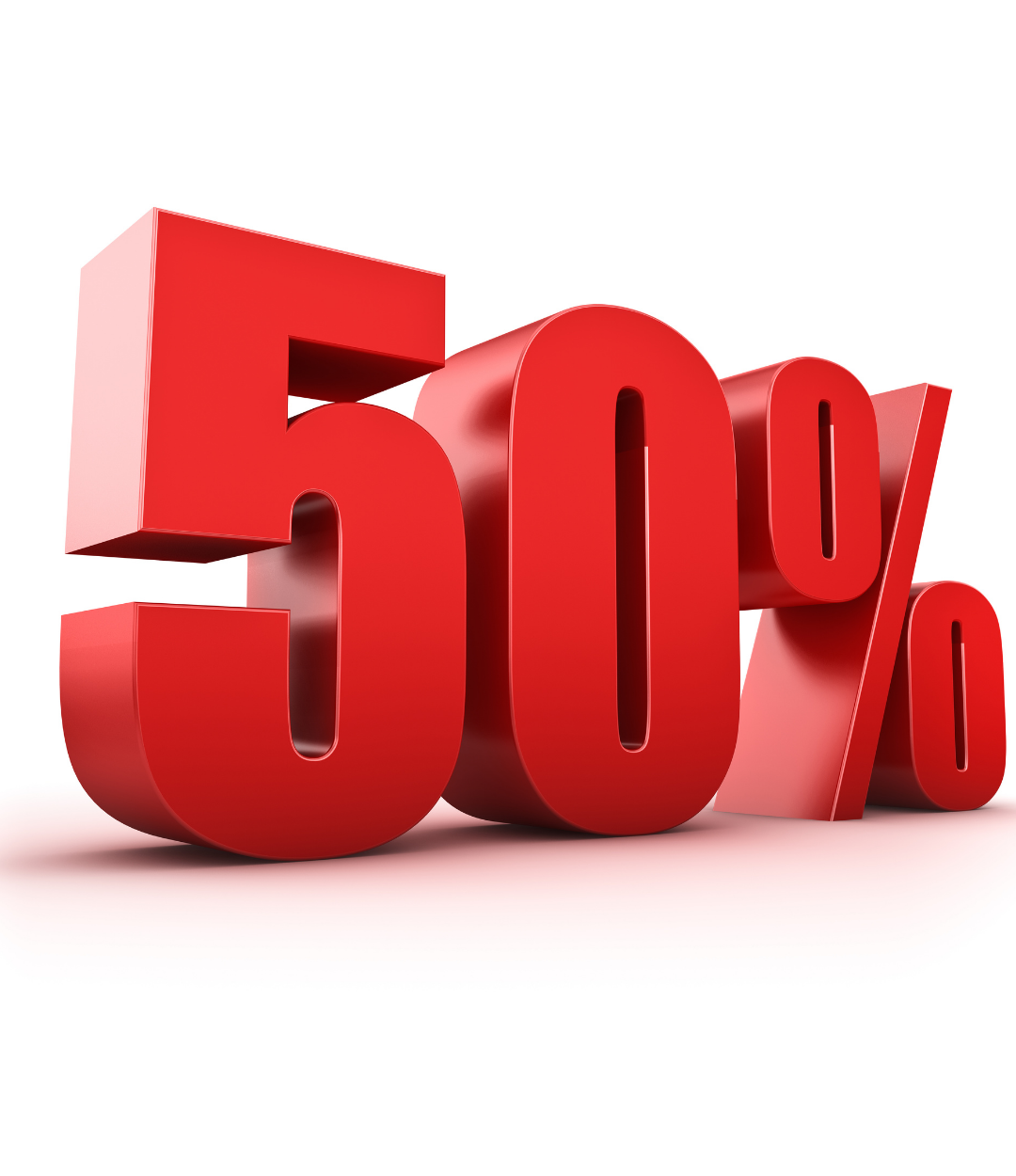 NBCC & ADM members get up to 50% off Business class tech 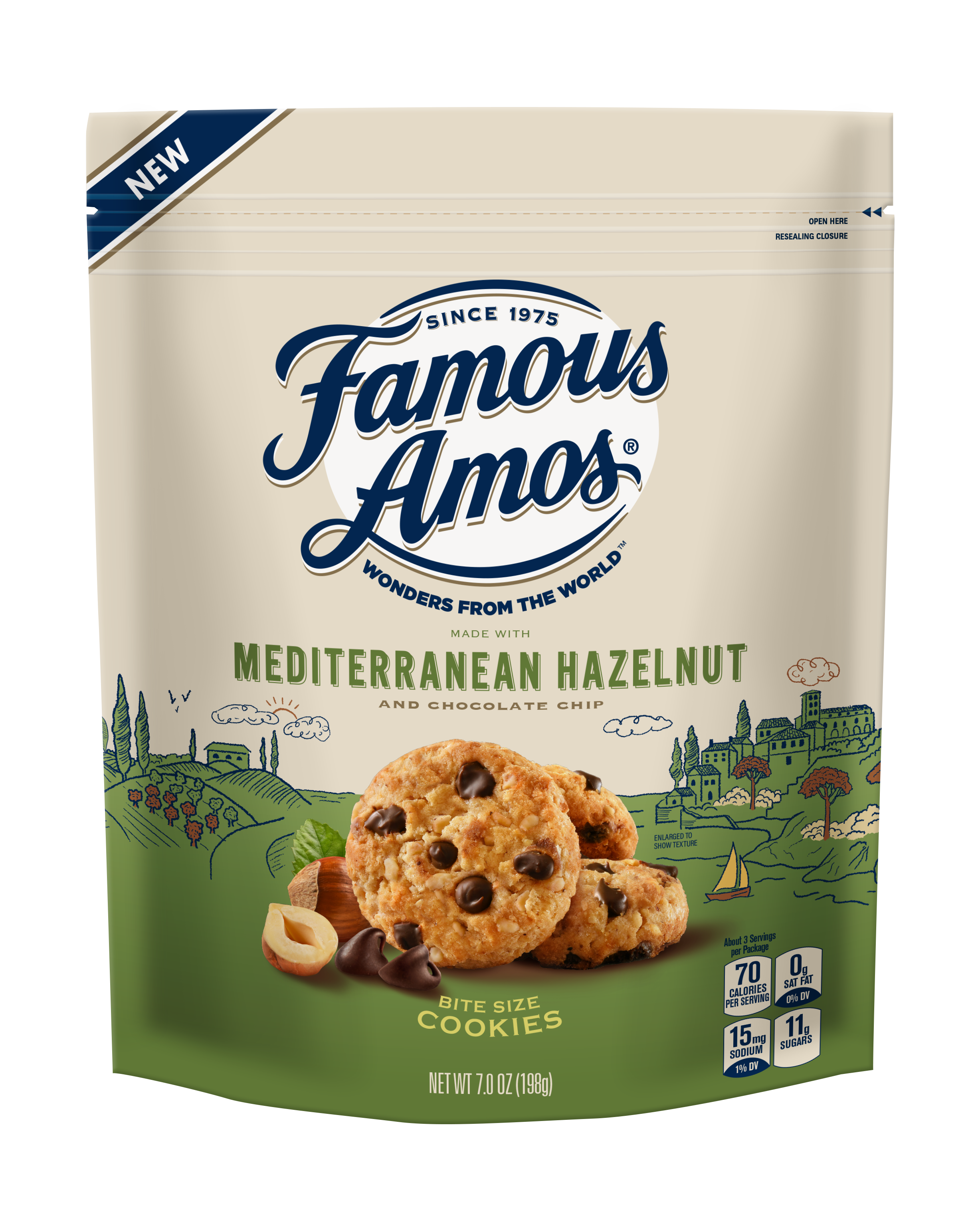 Check out our Wonders of the World Chocolate Chip Cookies